What is a hiatal hernia? Hernias are disruptive conditions in which the tissue linings or muscle walls become unable to hold the tissue cavities in place. It happens due to the weakening or thinning down of muscle tissue. Abdominal hernias are the most common type of hernias. Hernias come in two forms, either external or internal. The more common external hernia causes a lump to form on the surface of the skin. In comparison, the internal hernias show a different set of symptoms. However, symptoms vary depending on severity.

A Hiatal hernia is an internal hernia. The name “Hiatal hernia” comes from its region of occurrence, which is the hiatus. The hiatus is a small opening in the diaphragm through the esophagus or the food tube passing from your chest to your stomach.

In the case of a Hiatal Hernia, the upper region of your stomach cavity starts to bulge out of the hiatus and into the chest. The severity of the Hiatal Hernia depends on whether it is a sliding hiatal hernia or a paraesophageal hernia.

A sliding hiatal hernia is normally not that big of an issue. Although they can cause slight discomfort, they do not pose a serious threat to an individual. The outward bulge of the stomach cavity is rather small, and the stomach, along with the lower esophagus, slides slightly into the chest region. A person that encounters this hernia will experience heartburn or acidity. 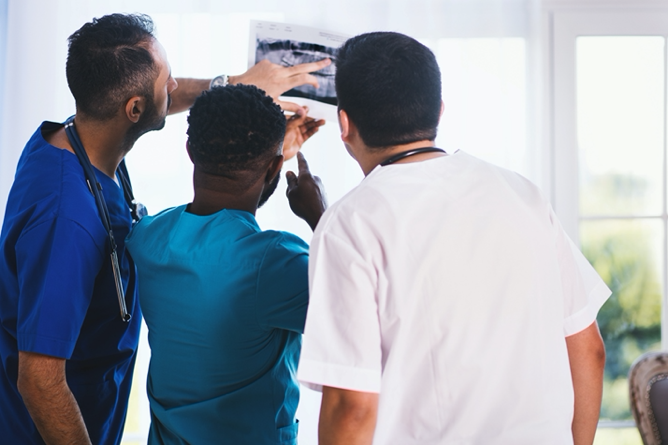 This type of hernia is more of a threat for an individual. This occurrence does not involve the shifting of the stomach or the esophagus. Instead, a part of your stomach’s cavity squeezes its way into the hiatus. In this circumstance, a person enters the danger of losing blood supply to that specific region because of the tight squeeze.

Doctors even refer to this condition as strangulation of the hernia. The most alarming thing about this hernia is that a person will rarely experience any symptoms. Therefore, if a doctor comes to a conclusive diagnosis of this condition while judging other underlying symptoms, then it may be too late.

It is rare for a person with Hiatal Hernia to show symptoms. Usually, the symptoms encompass a series of problems that relate to ingestion and digestion. This is obvious because both the fixed hernia and sliding hernia have to do with the displacement in the abdomen region.

Therefore, people suffering from these conditions will experience heartburns or acid reflux. Since the stomach and esophagus get closer to the chest region, a person may have trouble with stomach acid and experience acidity. Other symptoms may include:

Furthermore, symptoms such as excruciating stomach pain, vomiting, or inability to pass stool require immediate medical attention. These symptoms are indications of the worsening of fixed hernias and call for an emergency.

Hernias are nothing but the weakening of internal tissues and their inability to withstand the pressure of the organ or organ cavity against it. Thus, there is no clear reason why a person undergoes a hernia. That said, doctors believe that a hiatal hernia is most likely a case of old age. 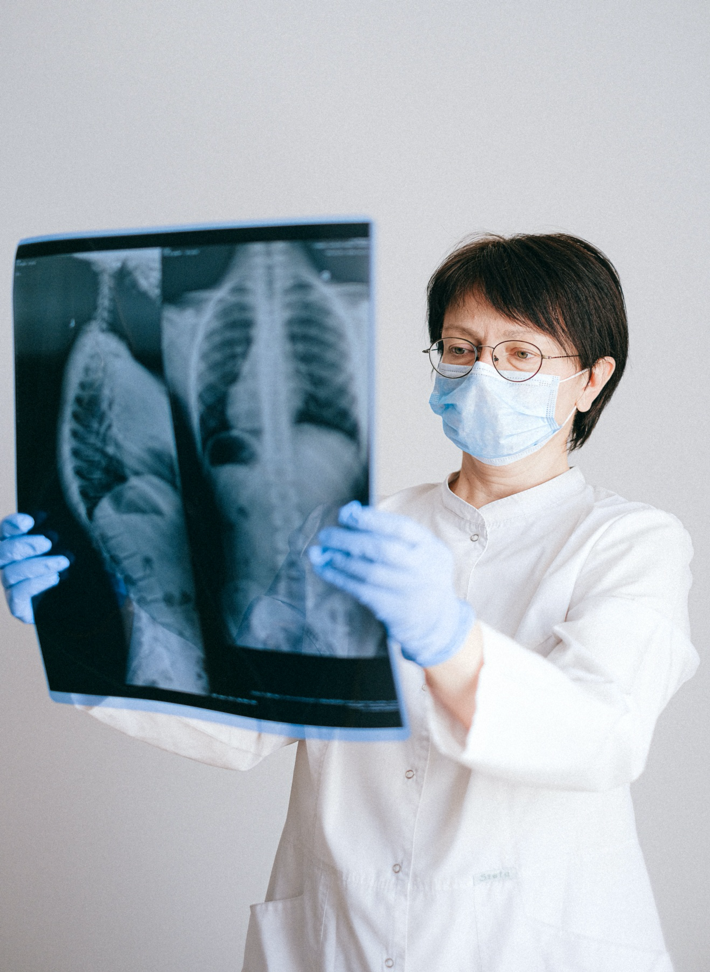 As a person gets older, their muscular firmness tends to weaken, and the muscle lining can become thin. Another possibility for the development of a hernia can be the changes in the diaphragm that can come with adulthood and worsen as you get older.

Damage to the diaphragm due to an injury is also another cause of hiatal hernia. Muscular damage can weaken the diaphragm and the hiatus. This injury can be a result of an accident or even activities that put a strain on your diaphragm, such as coughing, heavy lifting, vomiting, and others.

Lenox Hill Surgeons is a state of the art facility in New York City. Our team of surgeons specialize in Hernia treatment and surgery. If you or your loved one is suffering from such a condition, then visit us for expert consultancy and treatment.

Appendix surgery, more commonly known as appendectomy, is the surgical removal of an appendix from inside a person’s body. This rather common procedure has no negative implications and is a result of very few complications. The appendix is a small pouch-shaped organ inside our body. It takes space in the lower right side of the abdomen.

An interesting thing about the appendix is that it is of no functional use to the human body. Scientists do not know of the purpose of the appendix. Therefore, the removal of this organ results in no impact on a person’s health.

The most common reasons for the appendix are that it helps a person recover from stomach issues, such as diarrhea, infections, and inflammations of the abdomen. However, many people undergo appendix surgery and live healthy and long lives, which makes these claims unfounded speculations. 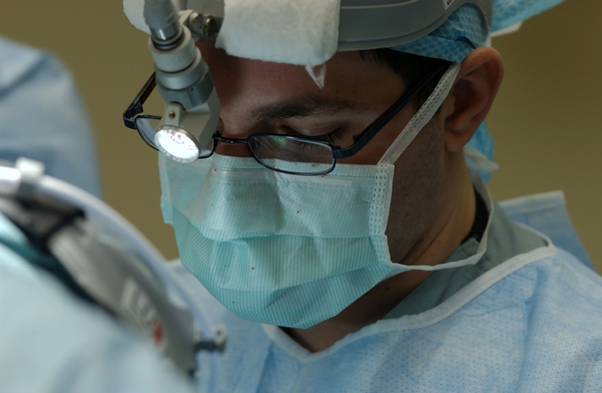 People are often victims of an inflamed and infected appendix. The appendix is often vulnerable to bacteria and disease invasion. In some cases, the bacterial invasion inside an appendix causes pus and inflammation to grow rapidly. Thus, a person usually experiences excruciating pain in the lower right side of their stomach. Often people mistake this pain for a stomachache and avoid medical attention.

However, this is an alarming situation. Leaving appendicitis unnoticed will lead to the overdevelopment of bacteria, and this can lead to harsh conditions, such as nausea, weakness, vomiting, and diarrhea. Thus, urgent medical attention becomes a requirement. In situations such as this, it is ideal for someone to stay rested since walking and movement can cause more pressure in the stomach.

Prolonging this condition can be critical and life-threatening. You must seek treatment as soon as possible. An infected appendix accumulates an infectious cavity inside. The excessive accumulation of this cavity can start putting pressure on the appendix when it has no place to escape.

Therefore, this pressure causes unrelenting pain, and leaving this condition untreated for a long period can result in the bursting of the appendix. A perforated appendix will release the infectious puss and material onto the abdominal cavity. This will lead to an array of further complications and, quite possibly, death.

An appendectomy is a surgical procedure that completely rids a person of all the intense symptoms of appendix inflammation. The symptoms include:

You will find two types of appendectomy procedures. The first one involves an open surgery, and the second one involves the laparoscopic tool. Both surgeries share a similar purpose. However, the methods differ slightly. Your doctor can opt for the choice of method by looking at a patient’s severity and also medical history.

An open appendectomy simply involves the surgeon making an incision on the lower right side of your abdomen, where your appendix is located. This incision gives the surgeon a clear opening towards the appendix. The team of doctors will then remove the appendix and stitch the incision wound close. The surgeon has to perform a step further and clean your abdominal cavity if the appendix burst and released harmful substances. Therefore, rupturing of the appendix is also a reason why the doctor chooses this surgical procedure. 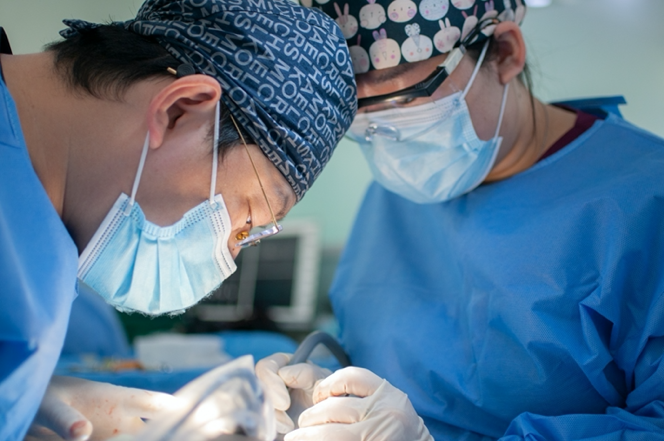 For this appendectomy procedure, the surgeon makes small incisions on a person’s stomach instead of a big one. After that, the surgeon inflates the abdomen by inserting a tube that releases carbon dioxide gas inside. Inflating the stomach makes the surgeon’s visibility better so that they can perform this procedure with precision and accuracy.

After that, the surgeon will insert the laparoscope inside the abdomen. This is a tube-like tool that has a camera on its end. The high-resolution camera allows the doctor to have a clear view of the internal abdomen. After locating the appendix with the laparoscope, the surgeon performs the removal of the inflamed organ. Lastly, they clean the incisions and close them. This method is less invasive and gives the patient a much quicker recovery time.

All About Appendix Surgery: Conclusion

If you have abdominal discomfort and want access to the best testing and treatment facility in New York, visit Lenox Hill Surgeons. Get experienced consultancy from specialists in the field. Call us now at (212) 988-1136. For more information, visit our website.